Many of us have a favourite spring flower.  The poet Edward Thomas was a celandine man, so was William Wordsworth.  I am of the primrose.  During my West Country childhood they grew in such profusion in the hedges that we decorated the church with them every Easter, stopping only when the whole church was yellow – 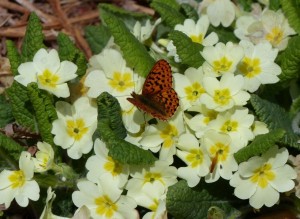 Now, each late winter I diligently seek out the first wild Primrose of the year, as an act of faith. I used to find the first Primrose in late February or early March, but in the mild winters of modern times I may find them in January, or even during the previous year’s December.  The earlier it is, the less of a pilgrimage it is, and the more of a tick box exercise it becomes.

There must always be Primroses in our lives…

I am founder of The Friends of Arnside Knott (NT), one of the grey limestone hills of the Morecambe Bay estuary in south Cumbria.  It’s a place which didn’t fall from grace with the rest of the world when we got booted out of the Garden of Eden for eating the wrong sort of apple. 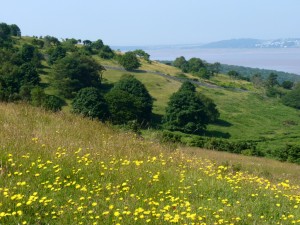 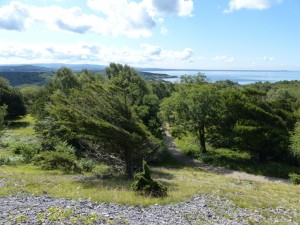 Arnside is one of my heartlands.  The Friends… is a state of mind.  Please join.

I spend time as a volunteer at Knepp Castle Estate ‘Wildlands’, a spectacularly successful ‘re-wilding’ programme on the Wealden Clay in West Sussex.  See www.knepp.co.uk

Here, 3500 acres on low grade agricultural land (Grades 3 & 4) were taken out of intensive arable and dairy production by an enlightened land owner, Sir Charles Burrell, a decade and a bit back, and are being extensively grazed by free-ranging longhorn cattle and various species of deer, plus the happiest pigs in Christendom, in an ecologically and economically sustainable system.

The land is developing into a new age form of pasture-woodland (or wood pasture), a habitat and land use type which dominated much of lowland Britain for centuries.  Income comes from cottage rents, farm buildings converted to business lets, input reduction, and a big HLF grant from Defra.

Ten years ago this part, called 27 Acres, was a cereal field.  It is now a major breeding ground for the Purple Emperor – 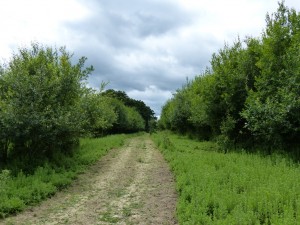 Last July I counted 27 Purple Emperors there in 27 minutes.  The ‘field’ is now called 27 Emperors.  The butterfly was scarcely at Knepp 15 years ago… 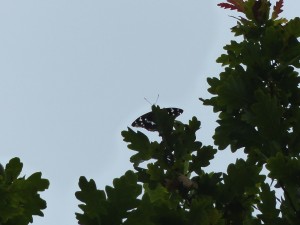 Here are some of the longhorns (photos: Charlie Burrell) – 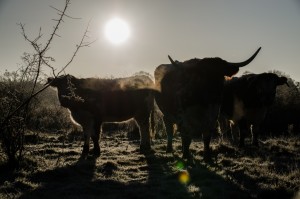 I’ll start regular postings from Knepp in the spring.  Do visit.  It’s amazing.